​Francis Anzalone is a Co-Founder of Pace Hockey and has been coaching at the Bantam, Midget and

the Associate Head Coach of the expansion Shreveport Mudbugs of the North American Hockey League,

with.  Francis remains with the Mudbugs in a management, coaching and scouting advisory role and also

serves as the Associate Head Coach for the Latvian Under 20 National Team.

Prior to joining the Mudbugs, Anzalone spent three seasons with the Aberdeen Wings of the NAHL.

Head Coach for the 2013-2014 campaign.  In Anzalone’s three seasons with the Wings, sixteen players

made NCAA Division I commitments and one player was selected in the NHL draft.

Rapids RoughRiders of the Tier I Junior ‘A’ United States Hockey League. From 2008-2011 while

coaching Bantam and Midget ‘AAA’ hockey for the Pittsburgh Junior Penguins program, Anzalone served as a Regional Scout for the RoughRiders. He was then promoted to Assistant Coach for the 2011-2012 campaign, and has named Head Scout for the 2012-2013 season.

A former goaltender, Anzalone graduated from the University of Pittsburgh in 2010 with a Bachelor of Arts in Communication. He has been cultivating hockey programs for players of all ages and abilities for the past six years, notably in the area of over speed skating, which is Pace Hockey’s hallmark program.

“I have seen over speed skating do wonders for so many players, from squirt right on up through junior A, college and pro. While we certainly aren’t the only hockey outfit teaching over speed concepts, we do have a unique approach… Not every player is going to be a perfect skater. But every player can in fact get faster. We teach players proper technique, then we work to create an over speed effect so kids can improve their speed. All of this is done in an environment that promotes Passion, Achievement, Commitment and Energy.”

In 2017, Frank wrapped up a six year stretch as the lead NCAA Scout for the Calgary Flames of the National Hockey League, where he helped the organization identify college free agents for both the NHL Flames and the minor league system.

While Frank has enjoyed making contributions to the game off the ice, his passion will always be rooted in being "hands-on," helping young players develop both on and off the ice.

Known for being way ahead of his time, so much of the on-ice skating and off-ice training concepts used in Pace

programs were first introduced to Anzalone by Jack Blatherwick, the pioneer of the over speed concept and Physiologist

for the 1980 'Miracle On Ice' Men's US Olympic Hockey team.  Frank started applying Blatherwick's principles to his Lake Superior State teams of the 1980's.  He has been a teacher of over speed skating ever since his first phone conversation with Jack in 1982.

Anzalone says these concepts and principles have “withstood the test of time,” and at its roots, the methods used in hockey today are the same methods that were used thirty years ago. Students of Pace Hockey will get to utilize these methods first-hand under the experienced, positive direction of Frank and the rest of the Pace Hockey staff. 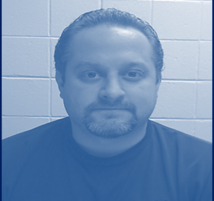 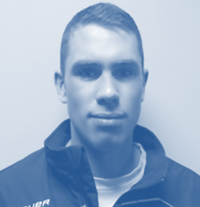 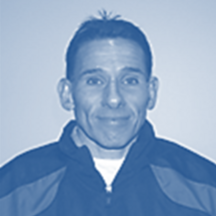 two countries. Now, Anzalone is bringing his 30+ years of coaching experience to players of all ages.

A graduate of the State University of New York at Buffalo, Anzalone has been a head coach at the high

Head Coach at Lake Superior State University, where he built the program into a national powerhouse. In

That same year, Anzalone received the Spencer Penrose Award as the National Coach of the Year. His

Lakers made four NCAA tournament appearances in five years, and during Anzalone’s tenure at Lake

In 2001, he was inducted into the LSSU Athletics Hall of Fame, and is the all-time winningest coach in
Laker hockey history.

Aside from a successful collegiate coaching career, the Brooklyn, NY native has been behind the bench at the ‘AA’ and ‘AAA’
professional levels, in the American Hockey League for the Newmarket Saints and Lowell Lock Monsters, in the ECHL for the
Nashville Knights, Roanoke Express, Pee Dee Pride and Johnstown Chiefs and in the Central Hockey League for the Quad City Mallards. Anzalone has earned numerous accolades for his professional coaching work. Under his guidance, Roanoke made five consecutive ECHL Kelly Cup playoff appearances and he was later inducted into the Roanoke Valley Hockey Hall of Fame. In 2000, while coaching Pee Dee, Anzalone served as the ECHL’s Southern Conference All-Star Coach. That same year, his team won the Palmetto Cup as the top ECHL team in South Carolina. In addition, he is just one of only five ECHL coaches to register 300 wins. In all, Anzalone’s teams have reached the post-season an impressive ten times in thirteen seasons.

Though Mike Grattan did not begin playing hockey until he was 15 years old, the Johnstown, PA native

Hockey League in British Columbia, Canada, and in the United States for the Valley Warriors of the

Eastern Junior Hockey League. He graduated fromHamilton College in 2000, and has been coaching at

all levels for over 18 years.

he started coaching back in 2000. Interestingly, Grattan and Francis Anzalone have been working

together in various hockey capacities for ten years. The two coached together with the Pittsburgh

as a Regional Scout for the Cedar Rapids RoughRiders, three seasons as Assistant Coach / Director of Scouting for the Aberdeen Wings, and now, the two have been re-united once again with the Shreveport Mudbugs of the NAHL, where Grattan serves as the Director of Scouting.