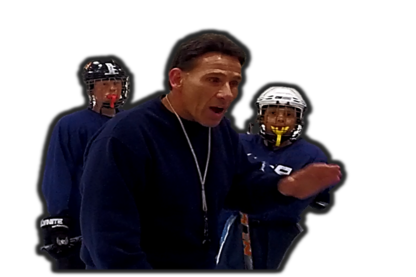 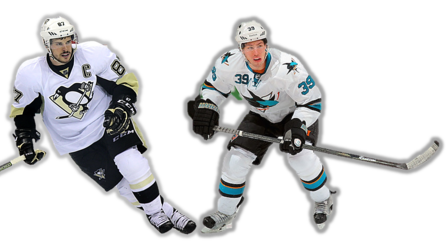 Every player can in fact "get there."
Frank Anzalone lays out his Pace philosophy in this article called "Getting There."

​​​While some say that skating style is a big part of being a successful hockey player, success in the sport is not solely determined by it.  Does it help to have a skating stride similar to Sidney Crosby?  The answer is yes.  On the other hand, Logan Couture of the San Jose Sharks has a less fluid skating style, but it does not deter him from being the valuable player he is.  Couture simply is not as fluid a skater.  Mario Lemieux was a great player.  He had size and speed, and was a terrific skater.  Wayne Gretzky may be the greatest forward of all time.  He was quick and shifty, but did not skate at the same elite level as Mario.  Gretzky was choppier and relied greatly on quickness and smarts.

Plenty of players have the innate ability to skate well, and their form is impeccable; yet this is no guarantee

for success on the ice, especially as one climbs the hockey ladder.  Power skating can improve one’s

technique, but anatomically we all have our individual skating styles- good, bad or indifferent.

Hockey sense and skill are two vital ingredients necessary to succeed on the ice, and coupled with

top skating ability, will enhance a player’s game.  It is imperative however that the player,

regardless of skating style, have the mindset and physical ability that enables him or her to get to

the puck, want to get up in the play and be determined to defend.  In essence he or she “wants

to get there.”  Skating style is helpful here, but not as critical as one’s desire to compete and have

Over Speed training is a concept that began with the influence brought about from European training methods, and fine tuned by Jack Blatherwick, a leading sports physiologist.  Many times over the years, I have been fortunate to review these methods first-hand with Jack.  The theory is based on the track sprinter, and his ability to run at extremely high speeds following a powerful starting thrust over prescribed distances.  The body lean of the sprinter and use of lower body muscles and foot speed are identical to the skating motion of a hockey player over short distances.

Consider this: the rink is two-hundred feet long, but except for training purposes, how often during a game, does a player skate the entire length of the rink at full speed?  The answer is very rarely, if at all.  Hockey is sprinting, from one spot to another, usually distances of ten to ninety feet.  This may occur multiple times per shift, and requires intense anaerobic work (without oxygen), relying on the ability of the skater to accelerate, balance and move.  At all times, knees are bent, hips are low and legs are thrusting.  It is a “sprinting” concept.

In all work, proper form is necessary, and the work-to-rest ratio is significant.

The goal is to activate quick twitch fibers which are responsible for speed, attempting

to do a proper number of short, intense repetitions designed to improve speed and

anaerobic capacity.  As the workout continues, these reps grouped together

The above is hockey specific and workouts are crafted for any and all age groups.

developed to exercise, run and be quicker!  Loads are age specific, and quick twitch fibers

are significantly enhanced when development begins at a young age.

Pace Hockey will teach and train you to trust your ability to skate at a faster pace using the innate strength and power present.  Our concepts remain with you when you take to the ice during your season, because unlike zoning in on conditioning for example, Over Speed training is a retainable skill.

Skating faster, under control and with confidence is a skill, and it is fun to develop.  Let Pace Hockey show you how to develop this very important skill.

Thanks for visiting our web site and we hope to see you at one of our upcoming events!